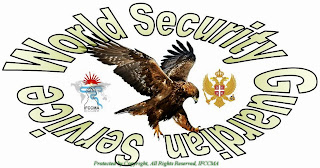 Guided by the need to establish an organization in Serbia, which will combine close combat martial arts based on the rules of sport,  martial art code and honor as well as cooperation on international level, we have the pleasure to announce that we on 04/01/2012 have registered and also began working International Federation of Close Combat Martial Arts / IFCCMA /.  Its head office are in Belgrade ,Serbia – Europe .

IFCCMA was founded to unify martial arts, which are part of specific skills intended for close combat, in order to  give certifications of master levels ,licensing instructors in accordance with International associations, verification and validation of international programs at the IFCCMA ; training of future masters,professional education in the basic methodological and pedagogical work with students in clubs and also candidates in training in the military -  police and security organizations.

Establishment of IFCCMA was subjected to international interest of recognized organizations and other martial art institutions,to open their doors in this region for international forms of cooperation, mutual recognition and verification in the field of martial arts through authorized representatives.
World Guardian Security Service operates within the Federation

GM JOČIĆ ZORAN (Jocic Zoran) , Founder Ju Aikido martial art.SOKE 10th DAN Ju Aikido.
- 2006 he founded club called "DO" -- In his book "FIVE RINGS" , Musashi sad that important thing is DO -- path which man choose to go through life.
He had few clubs :
מכבי "Maccabi" in Belgrade ; this club was a part of a big sport association and officially registered in it's central in Israel . Due to the lack
of space for training it stop working. But , in this club few masters were "born"
- At Sport College , in Belgrade , he run a club for 4 years
- He worked at School for children with damaged hearing for a year
- Today he also work in Club "AS" in Belgrade , with adults
Was born 2.06.1958. in Pec , Kosovo and Metohija, Serbia. In Real aikido he is since 1982 . His first club was "Prvi Vracar" at Belgrade . In first 4 years he had trained with different masters , like Goran Kurnik , Teovanovic Mladen and he get to blue belt , 2 kyu. During the 80's he participate in several seminars by KENJI SHIMIZU (8th DAN) , S. SEKI .
He was among the first who graduated at College for Trainers and Managers in Sport , in Novi Sad .
He worked at WCRA as a trainer , with children from 3.5 year and above , and with adults . His specialty is working with children and he has long experience in this field .
Also, he was instructor in Bodyguard school " Vracarevic" which is in IBBSA association ; trained police
Објавио Unknown у 15:07